oh my god girl i am so tired. this is probably not the time to be learning javascript. but you know what they say. all's well that's end well. does that apply in this situation. not really. okay time to start.

alrighty. we're going to change the text in the stuff below. um. spoilers for get over the fangs and maybe the unkillable ucides i guess. and maybe body as well. (shows i have never made)

you will notice. there is a music player here. and that's really just for fun tbh

changing the image src of an image

we are going to change this image of wrenny. 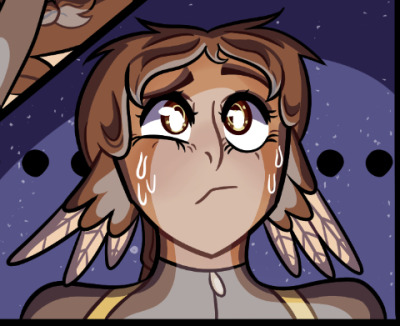 changing the style of an element

this is a super cool paragraph orf text. it's not even a paragraph it's two sentences and i think a paragraph is supposed to be like 3.

wowwwww okay. i see how it is. what a contrarian, clicking buttons all willy-nilly all over the place. it is 11:10 pm.

scripts can go wherever the hell you want. in the head, in the body, in both. i don't know if there's a difference between the two or if one is better for a certain usage.

the function is invoked (called) when the button is pressed.

it's the exact same in the bodoy onbly it's in the body instead of the head.,

Functions are blocks of code that can be executed when "called" for. (That is paraphrased from W3.)

An example of calling a function is when an event occurs, like when the user clicks a button. That's what I've been doing with all the crazy stuff with buttons.

this text'll be changed through use of an external js file.

external js files can be accessed through full urls, through paths, or with no path. "change the freaking text" was a path-less js reference.

inner html: using the document.getElementById( --id goes here-- ) method, you can change the data within html files without doing anything super fancy shmancy.
With this method, id refers to the HTML element being changed, while innerHTML defines the HTML content.

the "69" is created through a script tag (within the iframe), while the 420 that appears is something that's called after the document has already loaded, which is why everything disappears. i don't know if you can do more than just numbers with document.write.
you should never use document.write for anything other than testing, and for that example you just made in the cater iframe.

alert(): exactly what it says on the tin.

you can also use window.alert, but since window is the default, it's not really necessary.

console.log(): you can use this for debugging. i don't know what debugging is yet, but i'm sure we'll figure it out.

alright baybee i think we're getting into math territory. and you know how great you are at math!!!!! so...... so excited i am so excited let's get pumped up. can i get a hell yeah

no don't be like that it's gonna be fun. i betcha it's not going to be like super crazy math. you'll be fine you'll be aces.

since we're working in html, the program will be executed by the browser. my mother is watching game of thrones downstairs and people are screaming very loudly.

Statements are composed of all kinds of things. I'll go over them when W3 goes over what they actually do.

Statements are executed in the ORDER THAT THEY ARE WRITTEN. I feel like that will be important later.

code lines longer than 80 characters can get a bit bulky. if that's the case, the best place to break it is after an operator.

statements can be grouped together in curly brackets. this is called a code block. code blocks define statements that will be executed together. oftentimes, this is used in functions.

she was NOT watching game of thrones.... she was in fact watching beetlejuice.

WHY IS MY CODE NOT SHOWING UP GRR AAGGGRR GRRRAGARGRGR

Okay we're just going to get rid of it and see what happens...

That right there? I didn't just write it. Here's what I put: